Memorial Candles Lit for Armando | SEE ALL
Light a Candle
"We are honored to provide this Book of Memories to the family."
— Lane Funeral Home
Funeral Details Memory Wall Photos & Videos Send Flowers

Print
Armando Colucci, 90, of Dennis, Massachusetts slipped peacefully into the afterlife on September 28, 2018, surrounded by his family. Armando was preceded in death by his beloved wife Ida “Chic” (Staffiere), his brother Italo and sister-in-law Ida, and his sister Elena. He leaves his three children, Joya and her husband Bill Lord, Paul and his wife Lisa (Purrington), and David and his wife Lisa (Pelrine); grandchildren Stephen and his wife Kimberly, Andrew, Brian and his wife Alysha, Nicholas, Danielle, and Julia Colucci; great grandchildren Preston and Thomas Colucci; and many loving nieces and nephews.

Armando was born in Induno Olona, Italy on June 26, 1928, the son of a career military officer Luciano and Assunta (Cattari) Colucci. During World War II, he was a member of the legendary Brigata Passerini, an underground partisan brigade of young men and women who worked with the British allies to topple Mussolini's regime. He loved to share the stories of his adventures in the underground. If there was a story to tell, he told it. Contraband cigarettes, delivering TNT to the allies, sneaking from Italy to Switzerland and back again. He had the stories for sure, and he told them best when while traveling to the places where he grew up, pointing to alleys, buildings, lakes, mountains, and fields.

Armando immigrated to the US from Italy at age 25, washing ashore on the beaches of Cape Cod, where he met his beloved wife, Chic, in Dennis. They were married on New Year’s Day after a short courtship and were together for 57 years. Armando learned English, became a hairdresser, opened a beauty salon, and the happy couple raised their three children in Stoneham, Massachusetts, where they lived until they retired to Cape Cod. One of his proudest moments was becoming an American citizen in 1960, sworn in by then-Senator John F. Kennedy.

Armando returned to school in his 40s and became a vocational education teacher, opening the cosmetology department at Shawsheen Tech in Billerica. He finished a bachelor’s degree, summa cum laude, and earned a master’s degree in Vocational Counseling. His lifelong passion was soccer and he was a lifelong fan of Inter Milan. He played full-back with the Boston Italia League in the 1950s and 60s and remained involved with the Boston Metros and Tigers. He coached both soccer and tennis at the high school level, bringing his teams to several state championships. Coach Calooch, as he was known to his students and players, was awarded “Coach of the Year” by the Lowell Sun. In his retirement, Armando watched soccer like it was his full-time job. He could tell you all the teams, players, coaches, trades, scores, and games. He even learned how to use a tablet so that he could check scores of games that he couldn't watch on television.

The one thing Armando loved more than soccer was his family. He would do anything for his beautiful Chic and his children. In his old age and infirm health, he often apologized for being a burden. Actually, he said "pain in the ass". He was not one to mince words. He didn't want to be a pain in the ass, and he wasn’t. In fact, he was the favorite of the rehab staff at Pleasant Bay. The staff loved him! He called all the women "sweetheart" and all the men "buddy" – because even with his hearing aids in, he was deaf as a stump and he couldn't hear their names.

Armando was Papa to everyone who knew him. He was a fantastic cook. He couldn’t sing a note. His favorite movies were Mystic Pizza, Life is Beautiful, and Above and Beyond. He loved a Manhattan on the rocks (no cherry). He could grow anything. He loved Andy Griffith and Don Knotts. He was witty and sarcastic, a trait he passed on to his children. He joked about wanting a “closed basket” at his funeral. And when it was time to leave, he would always say, “aaaaaahhhhh well.”

A celebration of Armando’s life will be held from 2:00-4:30 PM on October 7, 2018 at the Lane Funeral Home, 760 Main St., Winchester, MA 01890 with a memorial service immediately following at the funeral home. In lieu of flowers, remembrances may be made to Pleasant Bay Nursing and Rehabilitation Center, 383 South Orleans Road, Brewster, MA 02631.

We encourage you to share any memorable photos or stories about Armando. All tributes placed on and purchased through this memorial website will remain on in perpetuity for future generations.

the Uchihashi family and The Murrays and Weissmans sent flowers to the family of Armando Colucci.
Send Flowers

Sorry for your loss, thoughts and prayers to the family. Even though I only met Armando once, Robert and Alice Staffier Sr spoke highly of him. Armando you will be missed. Blessing from the Staffier family.
Robert Staffier - Saturday October 06, 2018 via Condolence Message
Share This:

JW
We are so sorry to hear of Armando's passing-the girls knew him from the Tech, and we were friends with the whole family when his family, and ours hosted foreign students. We had fun times at cookouts at his house-his wonderful wife, Chic, was a wonderful person, too! Love to all his family-Jane and Bill
Jane and Bill Willwerth - Saturday October 06, 2018 via Condolence Message
Share This:

Dear Colucci family- we are so sorry for the passing of Papa. He was a really wonderful person and we all loved him. Sending prayers from Japan - love, Mayu, Yukari and Yasuo
the Uchihashi family - Saturday October 06, 2018 via Heartfelt Sympathies | Order flowers in memory of Armando
Share This:

DS
So sorry to see this Mr Colluci was my teacher in Cosmetology at Shawsheen He was the best Sending thoughts & prayers ❤️🙏🏻
Dianne Scaduto - Saturday October 06, 2018 via Condolence Message
Share This: 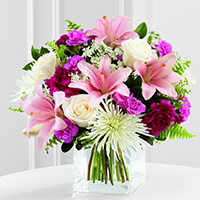 Dear Joya,
As you mourn, know that our thoughts and prayers are with you. As you fondly remember and celebrate your father's life, we celebrate with you. Sending hugs your way.
The Murrays and Weissmans - Thursday October 04, 2018 via Heartfelt Sympathies | Order flowers in memory of Armando
Share This:
1
Page 1 of 1
Share
×

Thank you for sharing!

Provide comfort for the family by sending flowers.

Or use your email:

Provide comfort for the family by sending flowers.

Connect with families at their time of loss. By subscribing to email updates, you will receive two daily updates containing all new stories, photos, candle lightings, condolences, and more.